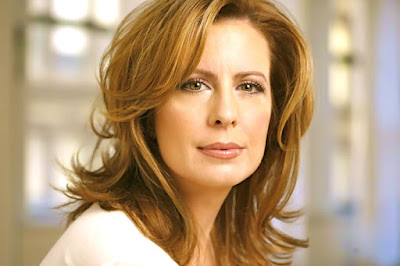 Soaps are here to stay, even with changing viewing habits. Martha Byrne, legend of daytime, was on As The World Turns for two decades, General Hospital and wrote for Bold and The Beautiful. We ask her why people continue to tune in, and what 's she's up to now.
Watch on Demand: Martha Byrne and other legends of Daytime on THE TALK on CBS Wednesday, October 12th. #TheTalk


Why do you think daytime TV still has an audience?

Martha Byrne: Most daytime soaps are multi-generational. I think a majority of the audience grew up watching and have continued the tradition. Even with many shows off the air, the remaining ones continue to build numbers. I'm glad there are still scripted shows to watch. I think as a society we need escapism and soaps were always good at filling that important need.

What kind of stories do you think daytime TV should do not to capture and new audience?

Martha Byrne: That's the million dollar question. The daytime fans do not like change and will be very vocal about it. That being said I think what worked in the past, was capitalizing on characters with a long history to introduce new faces. To build loyalty takes years but once the audience has a connection with a storyline involving someone they trust, they are in for the long haul.

What do you think of the "soaps" on the web? Who is watching them? Are they drawing younger viewers, or niche audiences?

Martha Byrne: I don't think the online soaps draw young audiences. I think it's our very loyal tv viewers who support their favorite actors. Which is amazing. I think Crystal Chappell (Venice) captured the Guiding Light audience exactly when they were losing their favorite show. You can't buy that kind of loyalty and support.

Can you share with us some of your favorite moments on daytime TV?

Martha Byrne: I have to say the fans. I remember the first year fans were able to attend the Daytime Emmys and the screams!! for Maurice Bernard from General Hospital were unreal. I had experienced that in the 80s at our fun mall appearances with Brian Bloom and Jon Hensely but to hear that roar it just showed the passion the fans had for their favorite soap.

Can you recollect some funny or some unusual memories or moments from your time on ATWT or GH?

Martha Byrne:  So many. I think people would be surprised at how crazy funny the set always was. The Snyder Family in the 80s would be the loudest, most rowdy group on We would sing and laugh and just be silly. Kathleen Widdoes who played Emma was nothing like her character. Loved spending time with her and Elizabeth Hubbard both of whom you would never know what was coming out of their mouths next. Incredible women.

What are you up to now?

Martha Byrne: I start rehearsal for the play In the Car with Blossom and Len on Oct 18th which runs for two weeks in November at the Queens Theater. I'm really excited to get back on stage again. And always trying to get projects off the ground as a producer. Working on a few fun things. Stay tuned!!
Email ThisBlogThis!Share to TwitterShare to FacebookShare to Pinterest