(Press Release) Washington, D.C.– Two-time Emmy Award winner Elizabeth Hubbard joins ANACOSTIA in the role of Eva Montgomery. Best known for her role as shrewd businesswoman Lucinda Walsh of As the World Turns from 1984 – 2010 will make her Web Series debut this fall in a role that was “custom made for her” says series creator Anthony Anderson.

“We are incredibly excited to have the amazing Elizabeth Hubbard join us for ANACOSTIA this year. It was so hard keeping such a huge secret from the loyal viewers of the series. Ms. Hubbard is a legend and is one of the true architects of Daytime Drama. This is a dream come true. The episodes are gripping and compelling and I am sure will be a treat for all of Ms. Hubbard’s fans to see her again doing what she loves, ” said Anderson.

To catch up on all the comings and goings in Anacostia, click to their Youtube Channel here:


Elizabeth Hubbard began her Daytime Drama career in 1962 starring as Anne Fletcher on The Guiding Light. The following year, she joined the cast of The Edge of Night as Carol Kramer. In 1964, she originated the role of Dr. Althea Davis on The Doctors. In 1974, Elizabeth Hubbard was awarded the very first Daytime Emmy Award for Outstanding Lead Actress in a Drama Series. During her tenor at As the World Turns she was nominated nine times for a Daytime Emmy Award.

Ms. Hubbard joining ANACOSTIA will also serve as a long awaited mini As the World Turns reunion with her former on screen daughter, Three-time Emmy Award winner Martha Byrne who portrayed Lily Walsh Snyder on As The World Turns for almost two decades. Martha Byrne who has appeared in ANACOSTIA since 2011 in the role of Alexis Jordan wrote the story arc for Ms. Hubbard with Anderson and will make her Directorial debut in the scenes featuring the two actresses. 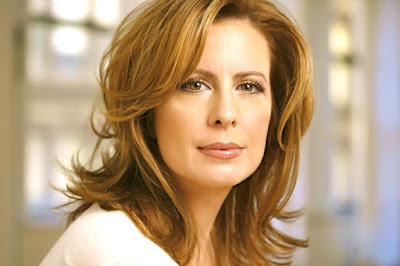 "I've said it many times, Liz forever changed the course of my life with her willingness to treat me as a peer, even as a teenager. To be able to write for her and guide her as a director is something I never thought possible in my career. Thanks to Anthony and Liz, I have another opportunity to work with one of the most influential people in my life. I can't wait for the fans to see what we have planned." - Martha Byrne

Named by Jet Magazine as one of the Top 5 African American Web Series you “must see”, ANACOSTIA since its debut in 2009 has delivered compelling storytelling about the residents of the Washington D.C. Anacostia community as they navigate through love, betrayal and deception all while dealing with their own share of agonizing secrets and personal vices. ANACOSTIA delivers intricate and provocative storylines which include alcoholism, domestic abuse, religion and homosexuality among others which has ignited much needed dialogue within various communities of viewers and has transcended all demographics. In 2015 ANACOSTIA received two Daytime Emmy Nominations for Outstanding New Approaches Drama Series and Outstanding Performer in a New Approaches Drama Series for Martha Byrne. ANACOSTIA won the Emmy for Outstanding Performer in a New Approaches Drama Series by Martha Byrne.

In the Works - New Docustory About Liz:  Along with shooting Anacostia with Liz, Martha is putting together a docustory about Liz's life. Martha states, "For years I've wanted to the world to see the Liz I've gotten to know throughout my life. Her experiences in daytime are ones that everyone in our industry and beyond need to know. Who Liz is outside the world of soaps is filled with bravery, humanity, fearlessness  and humor. Being a witness to her life, I'm a richer person for it and so are millions of others. I'm hoping our audience for this piece will learn more about Liz and walk away with a greater understanding of what drives her. She's amazing."