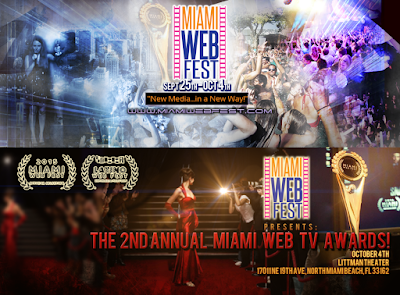 What is the Miami Webfest? by Suzanne Ordas Curry

The world of content is changing daily. It's not just broadcast TV anymore, it's seems like there's a new content distribution platform surfacing every few months. This means opportunity- and competition for content producers.

The 2nd Annual Miami Web Series Festival is one of the few but growing showcases of new media.  According to the Brian Thompson, Executive Director Miami Web Series Festival, the event is "designed to
be more than just a film festival for digital media, it is a window into the future for audiences to see some of the hottest emerging filmmakers during the moment in their evolution in which the art is
the most "true" and the artist is the most "hungry". The website bills it as the place to see the best webseries and music videos in the world.

Indeed there are over 200 selections at the festival. There are two competitions, The Miami Webfest (an international competition) and The Latino Webfest (Spanish Language selections). The Second Annual Web TV Awards will be given out.

The event takes place in Miami from September 25, 2015 to October 4, 2015. There are numerous screenings, locations, parties and other fun stuff.  Mr. Thompson states, "True to Miami style, the Miami Web Fest is  also a major tourism event, bringing filmmakers from the four corners of the globe to celebrate, network and promote their productions in this glamourous and art-savvy city," It really does sound like fun. It's Miami. 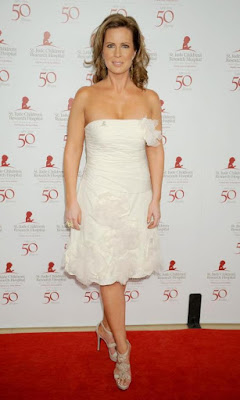 Celebrity guest for the event is three-time Emmy Winner Martha Byrne. Martha is most known for her run on As the World Turns for 20 years, and most recently produced a series at www.WeighttheSeries.com,

Other hosts include the talented artists King Nyne, Jessie Campo and Samantha Camara.