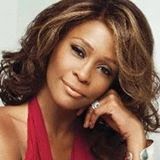 NJ's Whitney Houston's life will be chronicled in a movie appearing on Lifetime, a network which is now trying to go a step beyond the usual predictable yet enjoyable made-for-TV movie dramas that has up until this point has been it's hallmark. With "Whitney", directed by Angela Bassett, they are going the docu-drama route with a serious look at this extremely talented and beautiful performer's troubled yet spectacular life. From what I have read the family is not happy with the portrayal.

Whitney Houston spent much of her life in Jersey. She lived in Newark but moved out after a riot when she was 4. She moved to neighboring East Orange, NJ, where there is now a school named after her, The Whitney Elizabeth Houston
Academy of Creative and Performing Arts.