Indulge, by Kathy Wakile with Miriam Harris is a recipe book of over 75 personal treats of hers, published by St. Martin's Press.
Story/photos by Suzanne Ordas Curry

This was a RHONJ fan bonanza. Kathy was there, and spoke to everyone. Her proud mom Maria was there. Rich her husband was there. Her daughter Victoria was there looking beautiful in a pink dress with bright pinkish lipstick. Her handsome teenage son Rich was there looking like he's grown a bit since last season. Her sister Rosie Pierri was there, looking very tan and slim, wearing all black. Rosie walked up and down the line of fans - about 50 or so - and greeted each and every fan. They were thrilled. She posed for pictures with anyone that asked.

A little while later, RHONJ Jacqueline Laurita came in with her husband and I heard the excited whispers in the crowd. Jaqueline stood on the way out from where Kathy was seated and was happy to talk to fans and pose for photos. There were also other Wakile and Pierri family members there- you can see the family resemblance on - and I think they were all justifiably very proud of her. 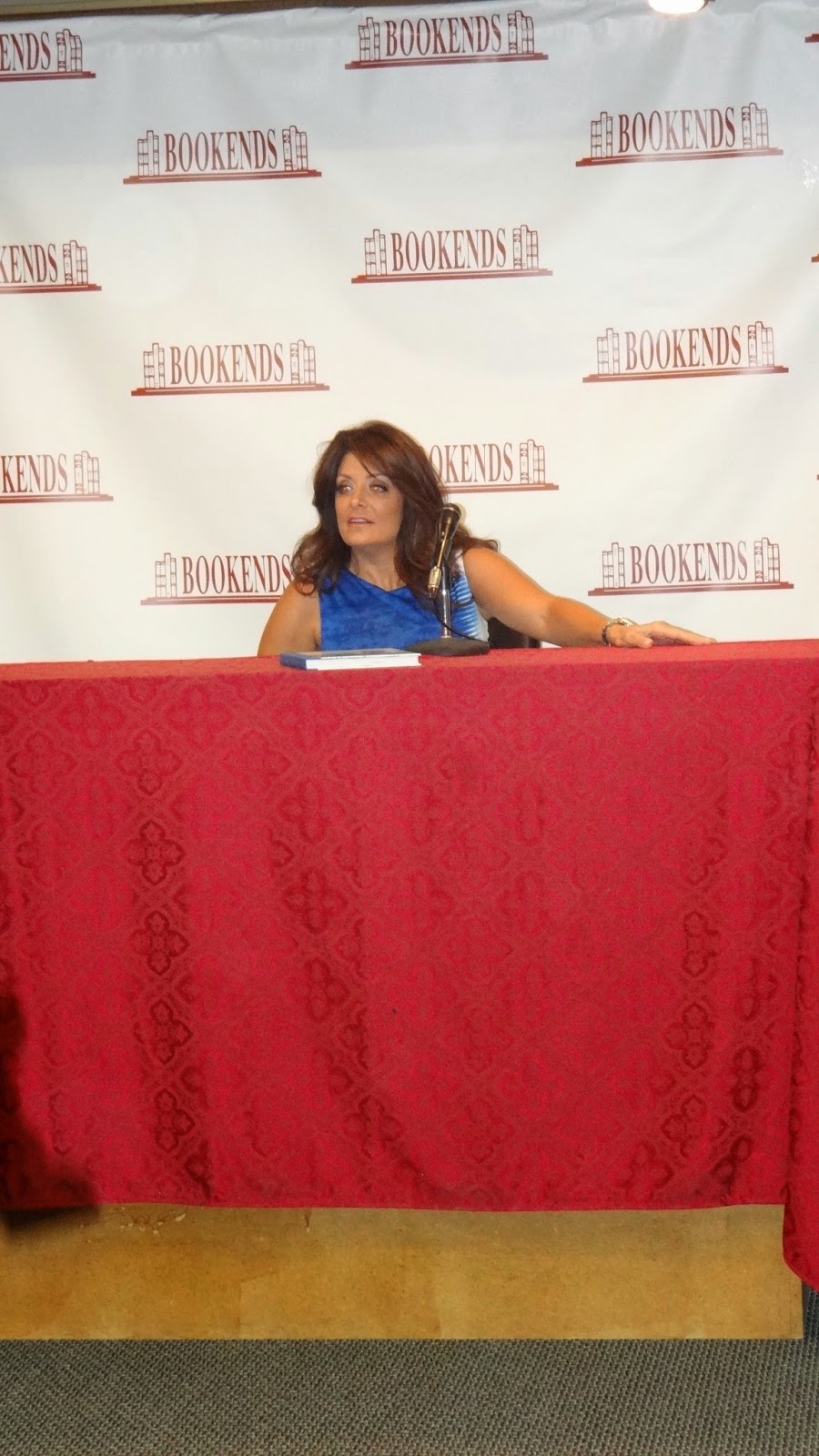 Kathy started off with a brief talk about her book. Her first words were, "I'm a little nervous", which she may have been as all eyes were on her, but she gave a fantastic, honest and open presentation on why she wrote the book, how she loved desserts all her life, how baking is so important to her and what the process of writing the book in her home was.

She said, "You know when you hear a song and it brings you back to a special place?  You know what your were thinking, you know how you were feeling, and you know who you were with, well here's what, that what food does for me".

Kathy talked about how she associated many important moments and memories in her life with dessert, about her first encounters with some recipes, how her big  family let her know if she should "make it again" or not!  See her speech on Youtube at:
https://www.youtube.com/watch?v=uXlkEePudJU

I asked Kathy if she ever met a dessert she didn't like. She said, "No, I can honestly say there is nothing that I don't like. I love them all." She continued, "It's like the person (at this signing) that asked me what my favorite dessert. I told her I can't answer that, it's like asking me who my favorite child is."

She did add, though, that anything with lemon is a favorite.

She was also asked how long it took her to write the book and she said it took her a year to test and retest all the recipes. Rosie added, "I can tell you she was really working hard too." 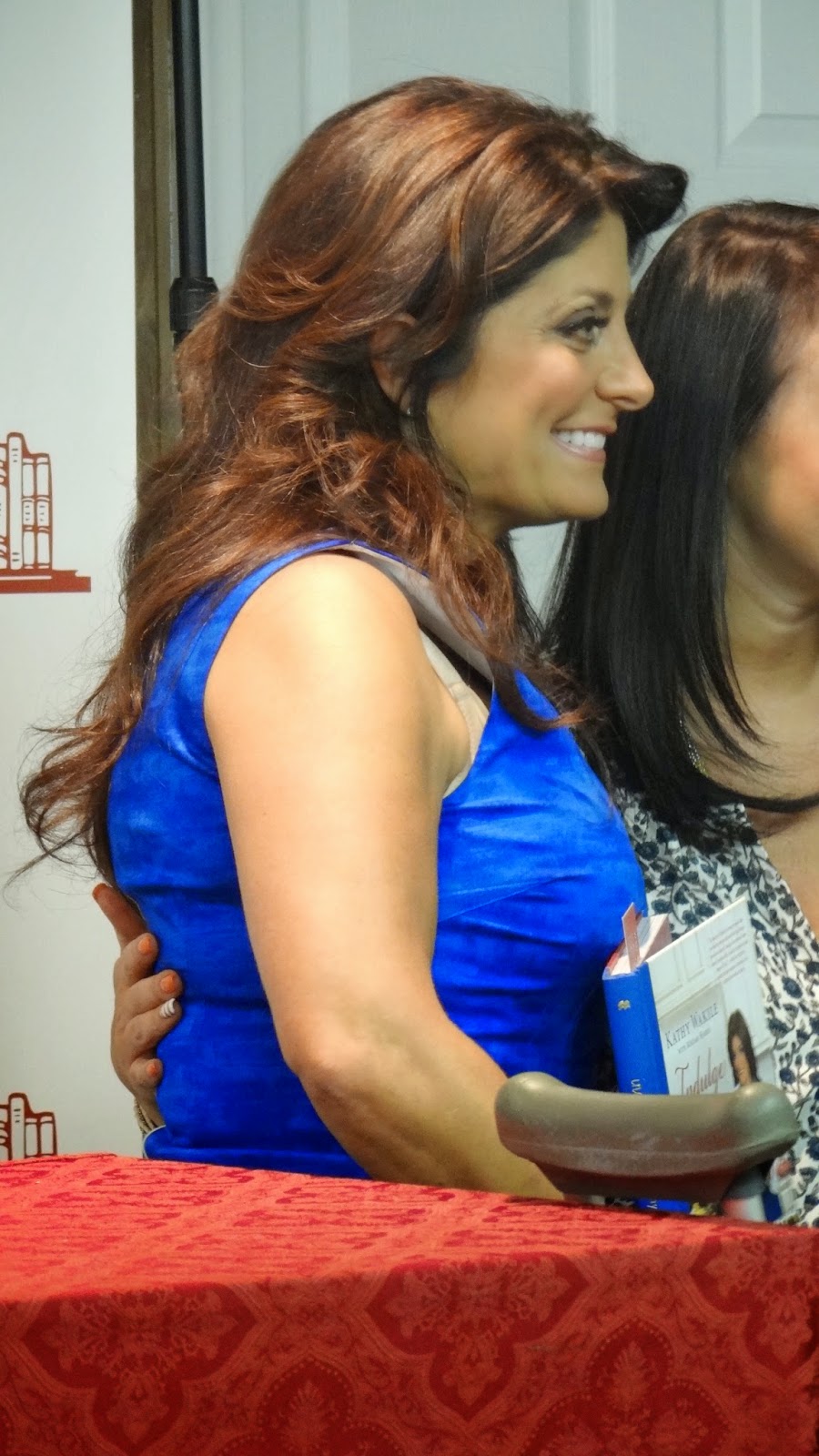 The book starts off with a few pages on Kathy's life and how baking was such a huge part of it. It is speckled with photos of her and her family. I especially like her Jersey shore photos of a younger Kathy, can't beat the high hair of a Jersey Girl. It was just enough about her life, yet I found myself wanting a little more information. Then again, this is a cookbook.

The book is divided into seasons, as Kathy said how her family used what was available at the time of the year. She said "I started with the seasons because that's how I like to cook, especially in the Garden State".

Given her Italian background, the fresh ingredients used center around what the culture had at their disposal at different times as well. I would say that this is what makes for the uniqueness and beauty of every ethnic dish. She also said that she incorporated many dishes from her husband's heritage. Kathy has a great story about a moveable fig tree. (I must add, that growing up in an Italian neighborhood myself in North Jersey, fig trees were highly coveted.)

The fall section focuses on figs, nuts, apples and pumpkins. Winter features cheesecake and chocolate.
Spring recipes feature desserts made with cream and some fruit in puffs and nests. Summer recipes include gelato and fruit-based treats. Some of the names just roll off your tongue, like Pulcinelli Limoni, Apple Ricotta Zeppolini and Capri Mia.

This book is no cookie book where you dump all the ingredients into one bowl, stir and plop. These are serious, sophisticated recipes for gourmet Italian and Mediterranean desserts that vary in complexity. Many recipes have several steps, but each step is clearly defined and detailed. Even if you are familiar with a canoli and tiramasu, you will be surprised by the traditional and her traditional family Italian desserts that you probably never heard of. Not being an Italian cook, I think I can say that Kathy has added her own unique touches to recipes with roots many years back in her Italian family.

If you have a sweet tooth like Kathy, have some baking skills and like to try something new, this book will satisfy your appetite. Even if you aren't a fan or have never watched the RHONJ, this book should be considered on its recipe merits.

The point of her book which is a great rule to live by, is to indulge but in moderation. In the book she states her philosophy as "Go ahead- indulge. Have a cupcake. It's not gonna kill ya." The book is filled with individual sized portions, some of which are bite-sized. To me though, some of these desserts looks so go that I think it would be very hard to stop at just one.

The only thing I would say I would have liked to see is more photos. Desserts, more so than many other foods, are not just rich in calories but also in presentation. For someone that does not have the cooking flair that Kathy does, it would have been nice to see more of  what Kathy's completed creations were intended to look like through her eyes.

With fall here and winter coming up, this is a great book to make use of what's available now and to try something new.

But if you don't bake or just  want the taste without the fuss, I was happy to hear Kathy say that her dessert line, Dolce della Dea is on it's way. She said that she is rebranding her dessert line to make it available for retail. Yay! 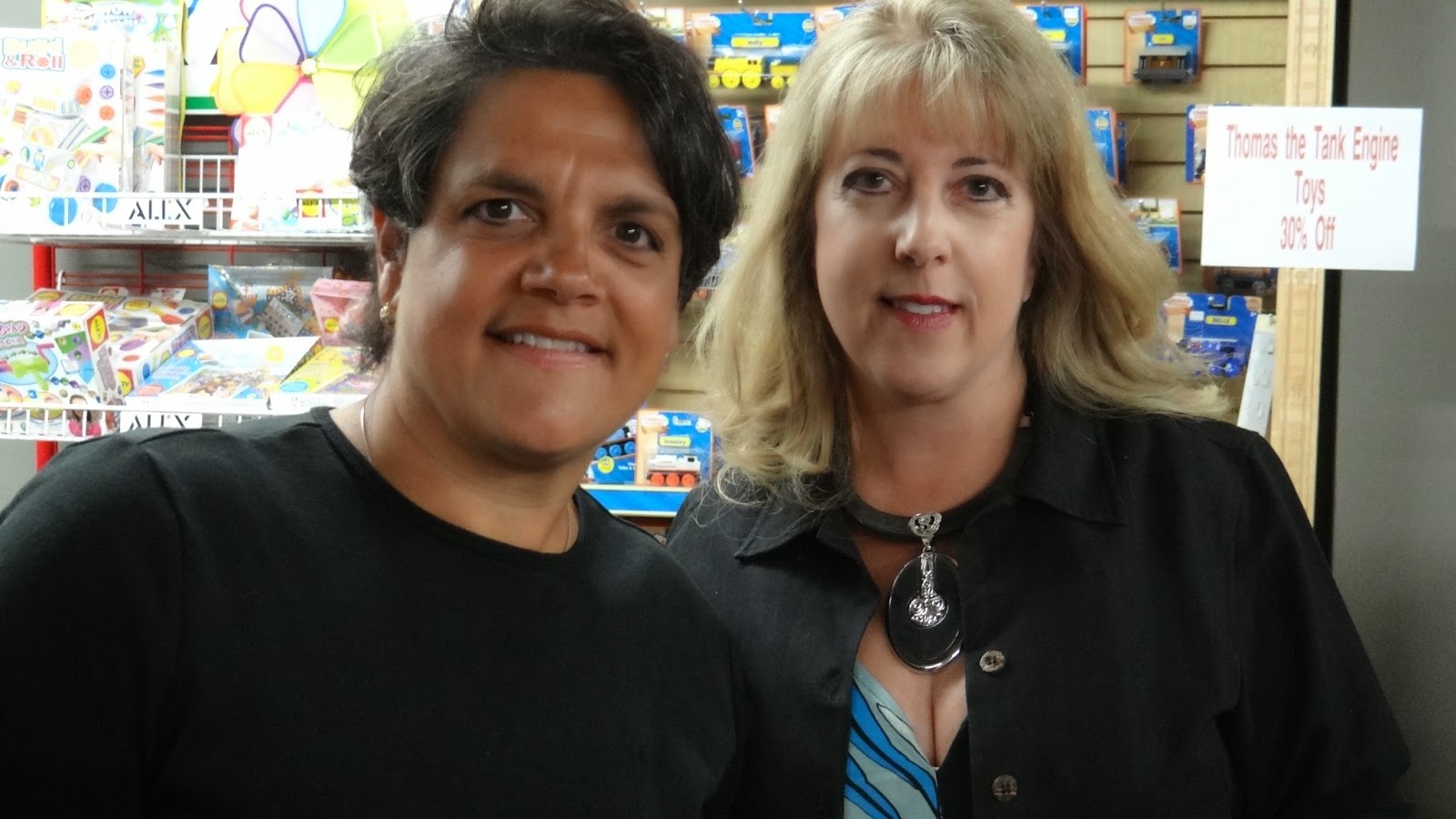 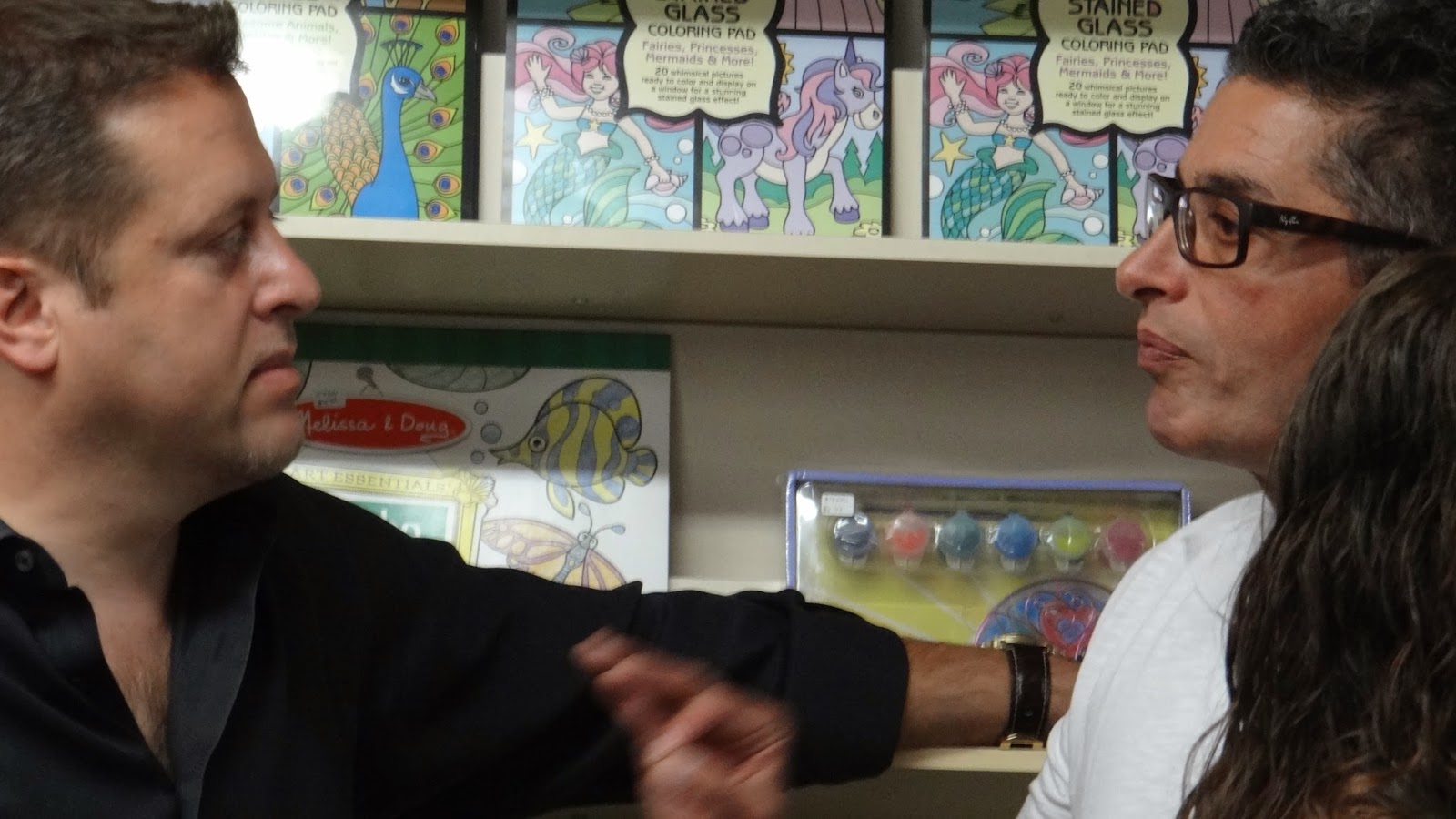 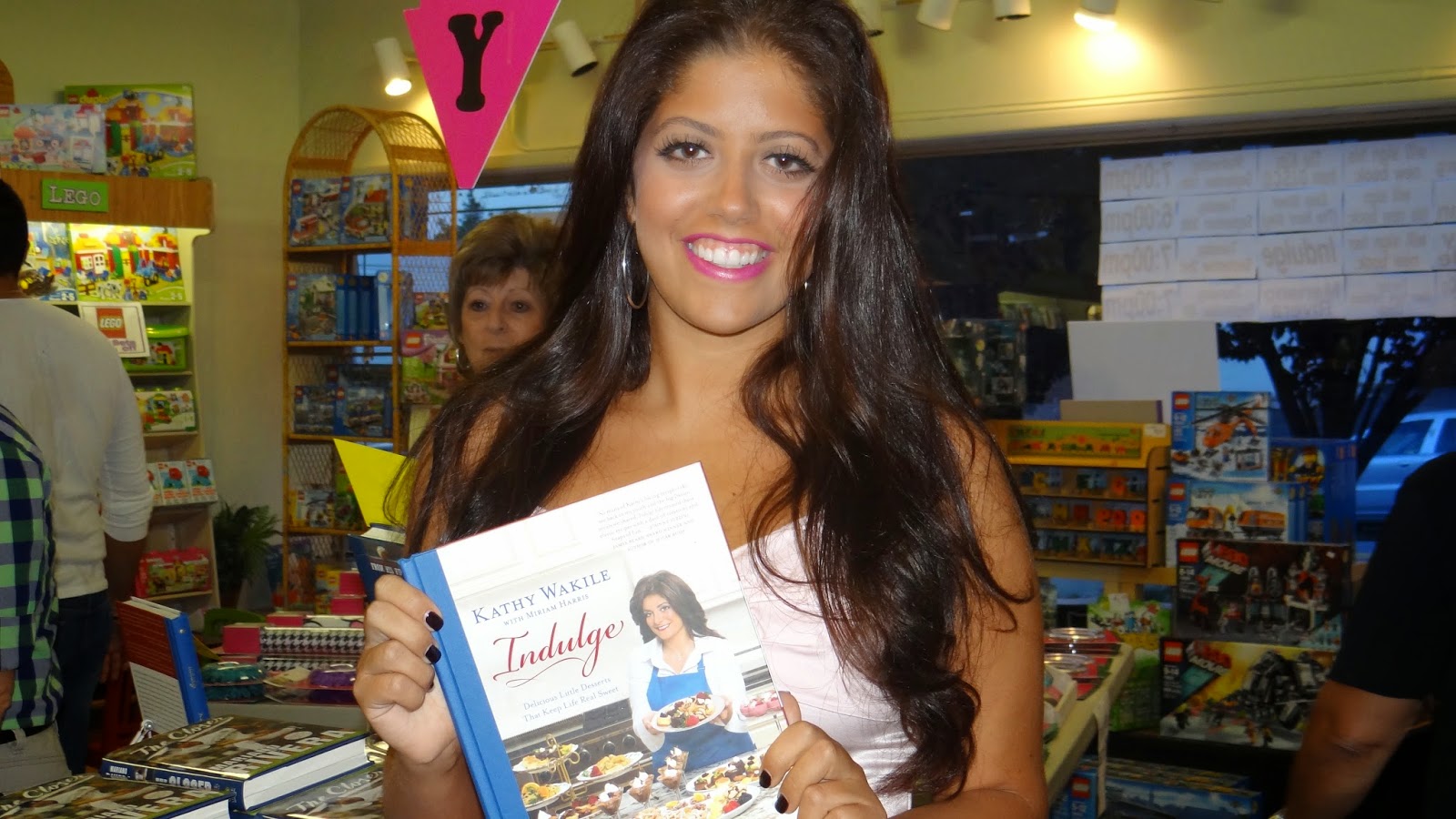 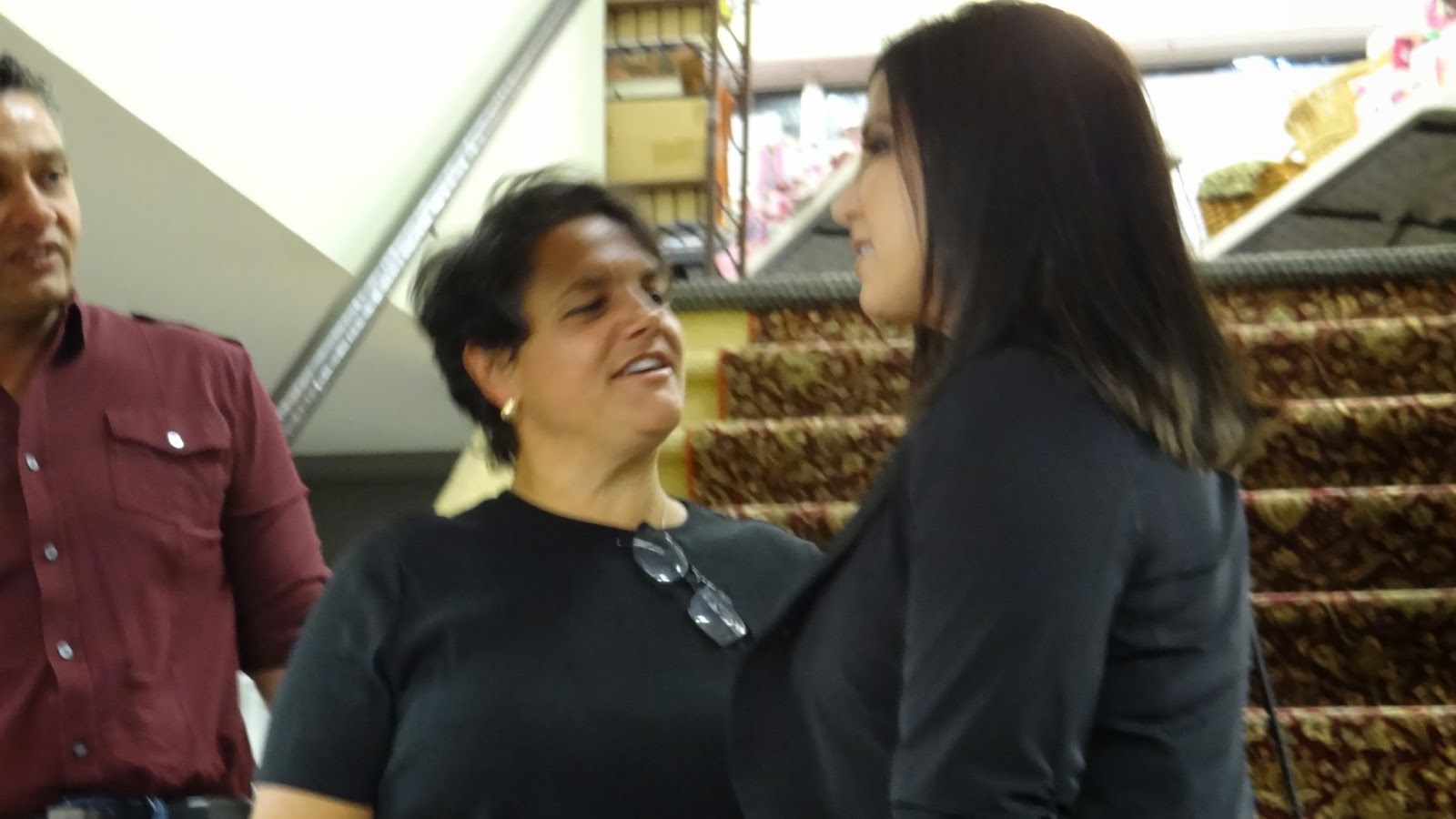 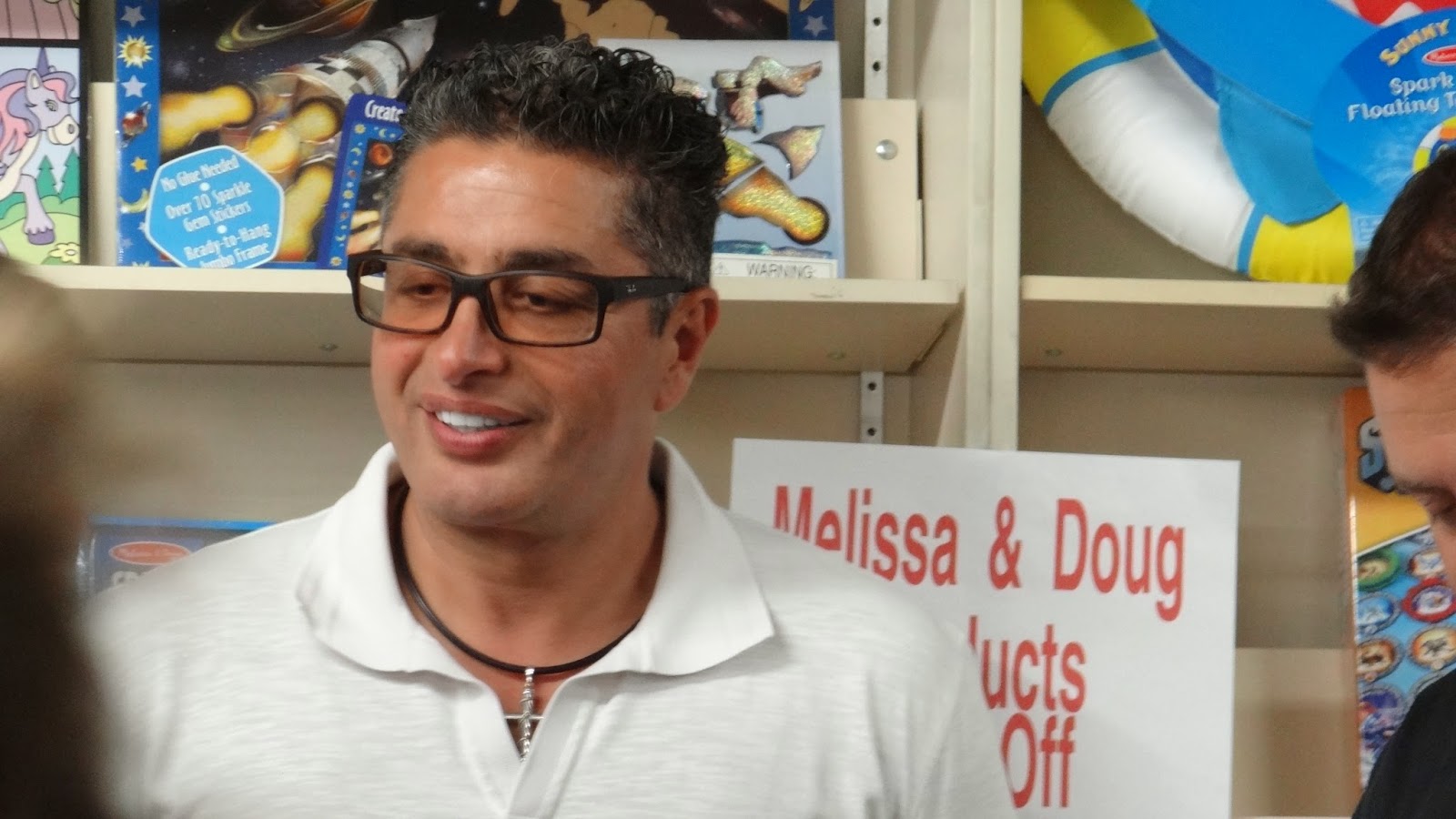 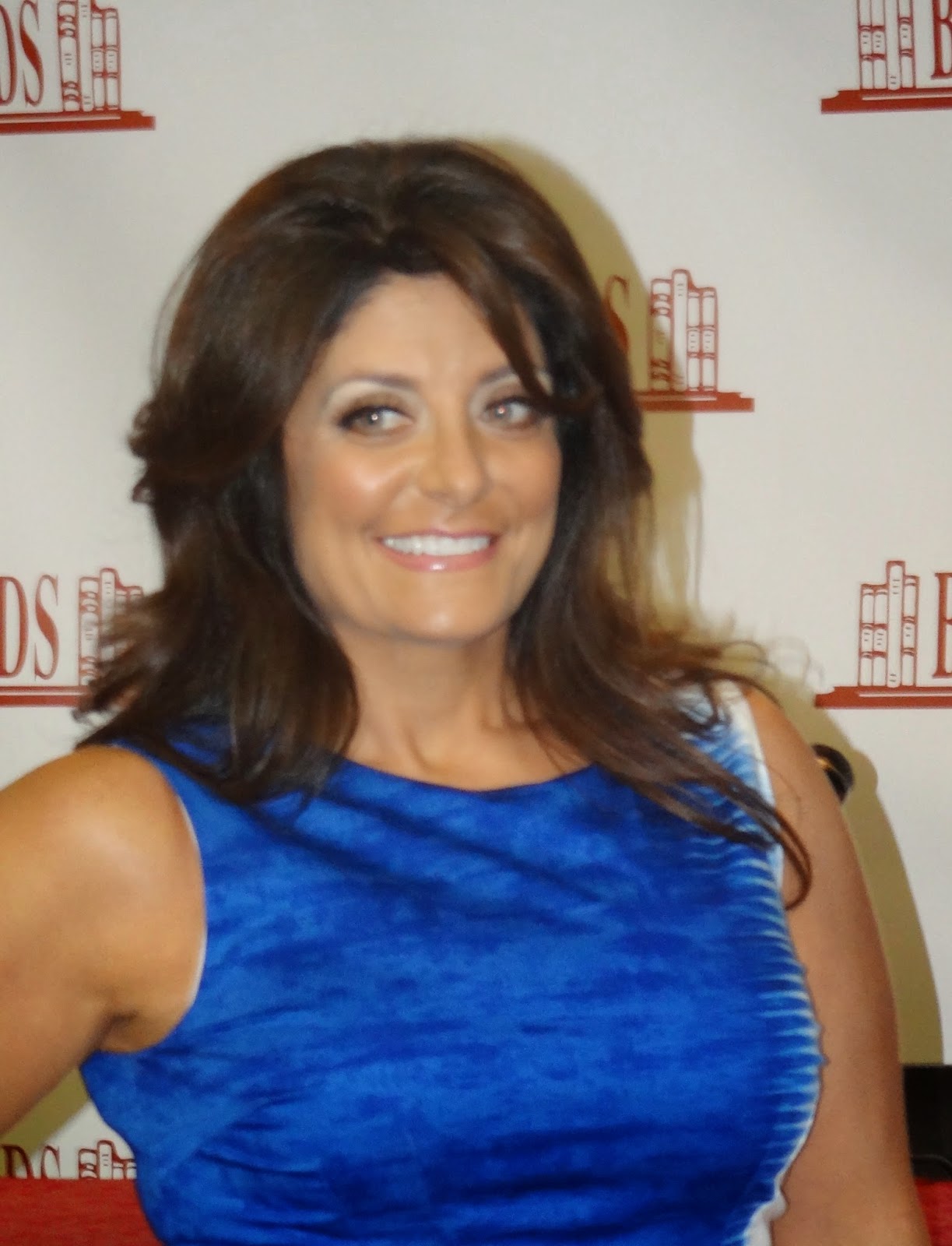 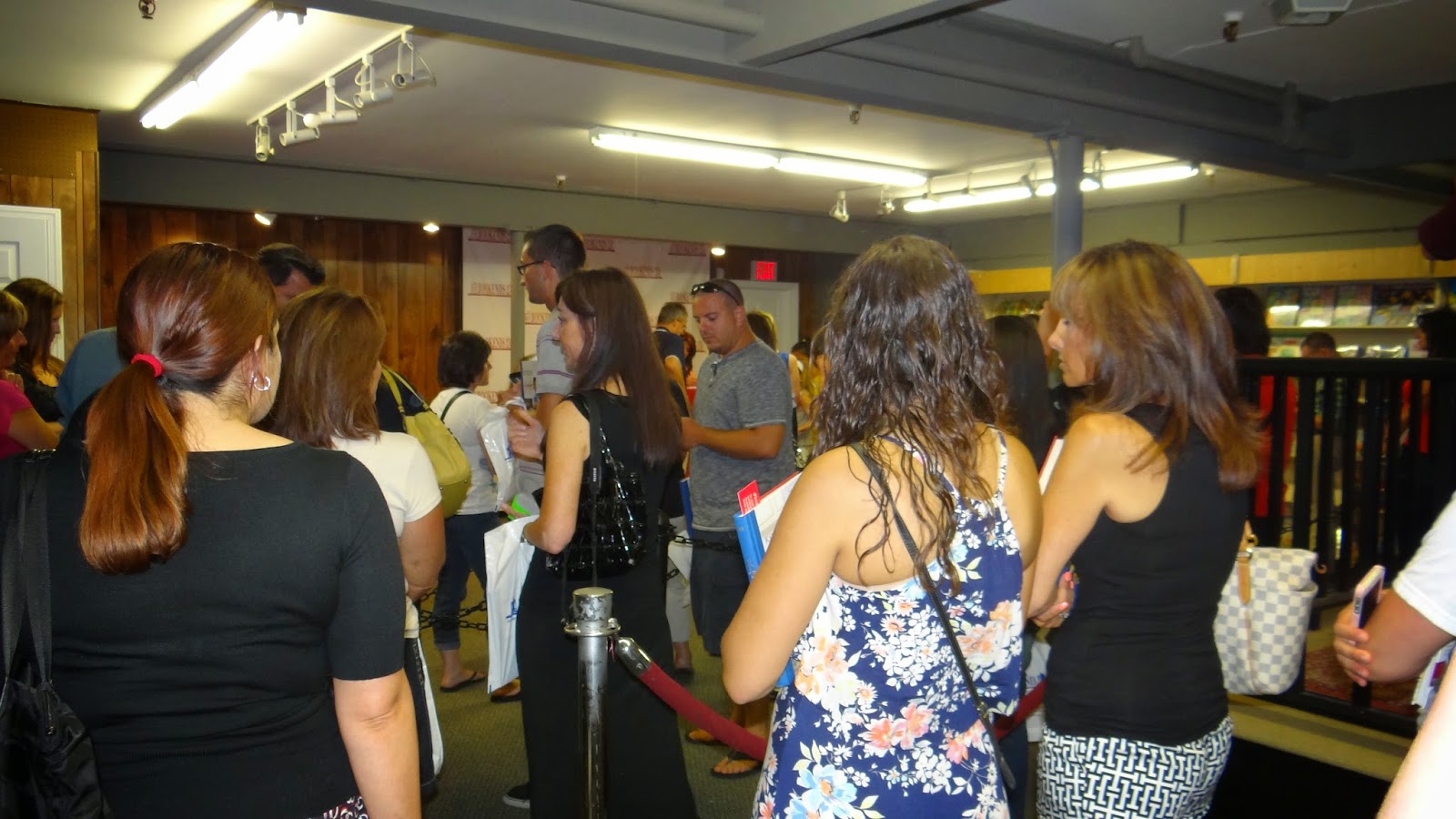