INTERVIEW: Meet Actor Marc John Jefferies - Or Have You Met Him Before?

Marc John Jefferies may not be a household name, but he's most likely been in your home on many an occasion.

When he was a very young boy he was a cast member of the illustrious and ground-breaking Cosby Show.  He's also been on such hit NBC shows as The Tracy Morgan Show, ER, Law and Order SVU, HBO's Treme and several others. 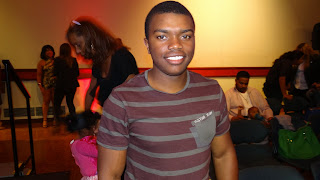 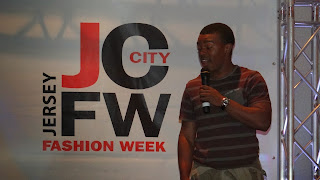 I had the pleasure of meeting Marc at Jersey City Fashion Week, where he was lending his star power for a good cause. This 23- year old has worked with some of the greats in showbiz, so I just had to ask him what it was like to work with icons like  like Bill Cosby, Eddie Murphy, and Ellen DeGeneres, just a few on his list.

Very humbly, Marc first looked thoughtful as he realized the opportunities he had already had in
his young life. He said "Well, it doesn't phase me because I grew up working with them." Then he added "Bill Cosby is like a dad. He is quiet and fatherly. He commands respect but he is sweet. I learned a lot from him." He said how Eddie Murphy was a great guy and role model and how "Eddie Murphy's son is like my best friend." Of #Ellen Degeneres, he said, "She's very funny and sweet and she is constantly telling a lot of jokes".

Marc also has done a lot of voice overs as a child actor and even up until this day. He said he liked doing them but "They are a little difficult because they show you is a storyboard so the creativity has to come through."

This Bronx actor's career is successfully transitioning into adulthood. At the age of 23, he just wrapped up filming a role in Brother Love, a movie executive-produced by Queen Latifah. Others in the film include Keke Palmer, Cory Hardict, Romeo Miller, Jay Lewis, Logan Browning, Malik Yoba and Faison Love. He also had a role in the recently-aired Cartoon Network movie entitled The Contest. It is a just had a movie that aired on Cartoon Network earlier this month called The Contest. This movie explores bullying. According to Stuart Snyder, President and COO of Cartoon Network, it is "their latest effort to help inspire more open discussion between kids, parents and educators about the issue of bullying." Visit the movie on facebook at https://www.facebook.com/ContestMovie

Marc is also going behind the scenes and producing his own show, called South Brooklyn. The cast is not set yet but come back to SuzeeBehindtheScenes for updated information!

Aside from all of this Marc's biggest and most sincere project is what he is doing back in his own community. He has started his own acting school, to train and mentor kids that want to take a stab at show business. Visit the Marc John Jefferies Academy on Facebook at https://www.facebook.com/MarcJohnJefferiesJrActingClass.

And now for some vital facts:

Favorite Show to Binge Watch: Breaking Bad
Favorite Item off the McDonald's Menu: McDouble
Favorite Movies: It's a tie between  The Green Mile and Blood Diamond

Stay tuned to www.SuzeeBehindtheScenes.com for updates on Marc's new projects.
Email ThisBlogThis!Share to TwitterShare to FacebookShare to Pinterest