Beth in the Big City: First in Line to see The Marvelous Mrs. Maisel Exhibit at NYC's Paley Center - Did it Meet This Fan's Expectations? 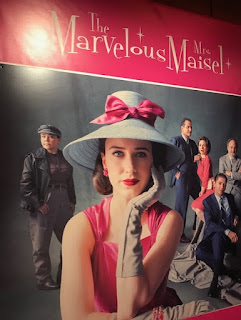 By Beth Abramson Brier, Senior Writer and for this article, Photographer!

The Dow was tumbling.  The humidity was over 90 percent.  My already frizzy hair defied gravity.  Jeffrey Epstein conspiracies abounded.  Only one thing to do (besides vote!) – Step out of 52nd Street and into the long ago past of B. Altman, Steiner Mountain Resort, and a corner apartment in Paris.  It is all part of the The Marvelous Mrs. Maisel exhibit at the Paley Center for Media in New York City.  Alarmingly close to 57th and 5th, it is a world away.  A world of cinched waist dresses with matching hats and gloves.
It shouldn’t surprise you that I was first in line waiting for the doors to open at noon.  Behind me were women from uptown, downtown, Brooklyn, Connecticut and New Jersey.  Many (like me) were obviously suburban; a few were hipster; some were dressed in 1950’s vintage, hoping to be cast as extras.   There were even a few long-suffering husbands (the same ones I see outside the dressing room at Saks dutifully holding purses).   While we were standing in line we speculated whether Midge would – or should- get back together with Joel. (NO!) Who dated men that looked like Benjamin? (NONE!) Or Abe. (MOST!) And who had the  best recipe for brisket. (EVERYONE!) 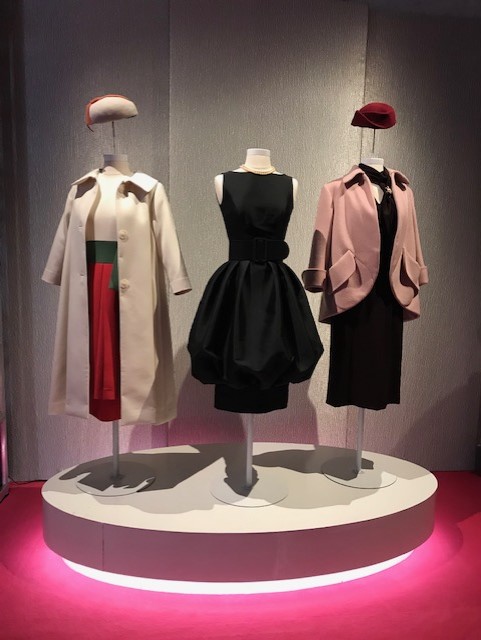 When the ushers finally let us in the rush of air conditioning was no less exhilarating than being on the set where it all began.  Much of the exhibit is interactive.  Think Liberty Science Center for kids only with Elizabeth Arden lipsticks, the telephone switchboard where you can listen on a headset, and even a booth at The Stage Deli. 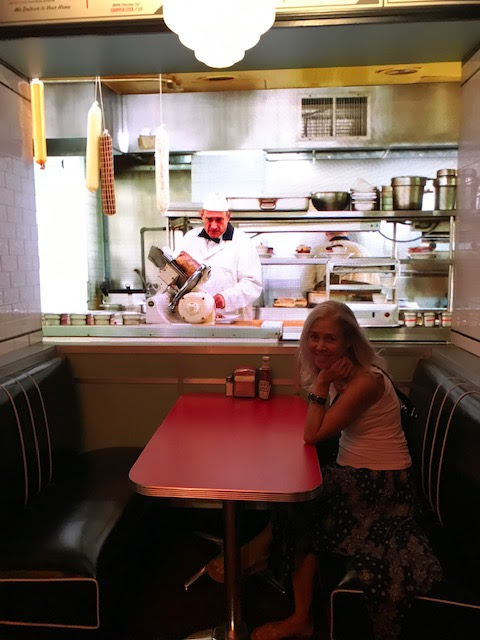 A number of the to-die-for costumes are on display as well as Midge’s signature LBD with pearls.  It is a full immersion experience without glass.  It seemed that we were all there for some kind of connection to the feisty wit and chutzpa that defines this show.  We took turns sitting under the hairdryers (tall enough to accommodate a beehive) at Steiner’s Beauty Salon.  We drooled over the dyed-to-match shoe collection. Several reminisced about their summers in the Catskills (brag moment: my sister was crowned “Miss Concord” when we were teenagers). 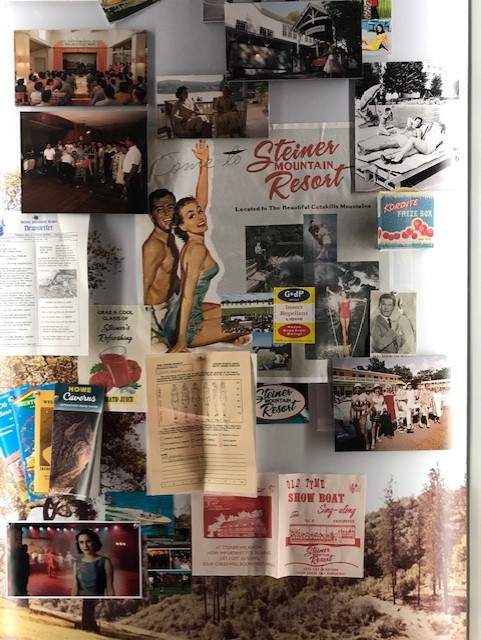 At the end of the exhibit we were invited to push open heavy doors –not unlike those of the heady underground clubs in the Village-and settle into plush seats to watch episodes on a big screen.  I truly didn’t want to leave this limited time pop-up. The experience closes September 6th.  (What, you think it should run longer? Don’t be meshuga. The holidays are coming.) Tickets are free but you need to register online at Paleycenter.org.
Her name is Mrs. Maisel. I am her biggest fan. Thank you and good night. 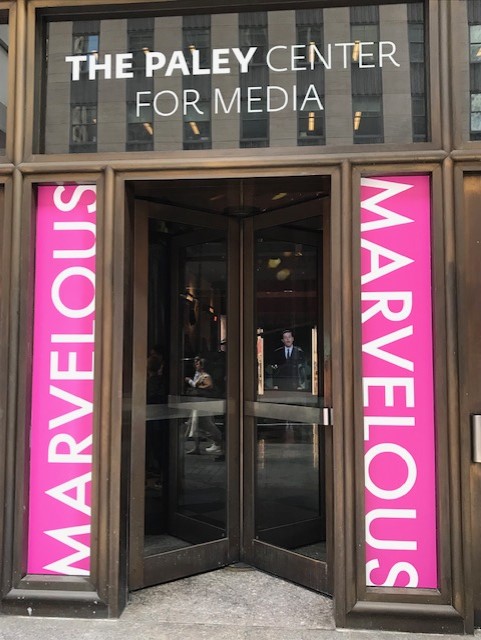 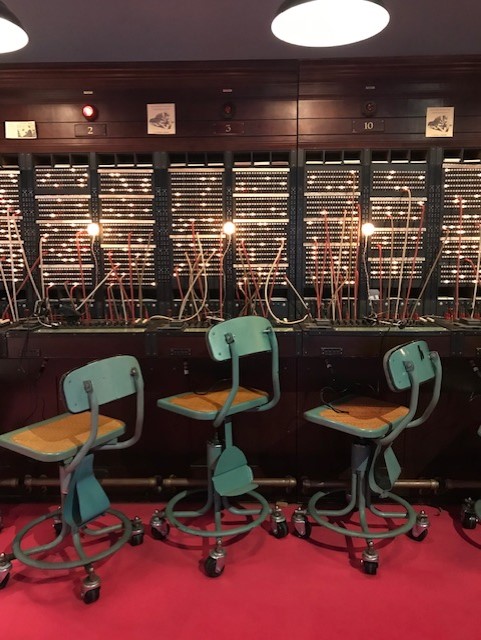 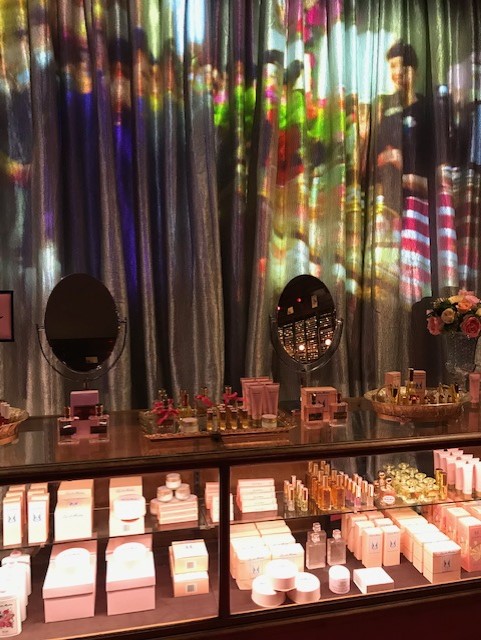