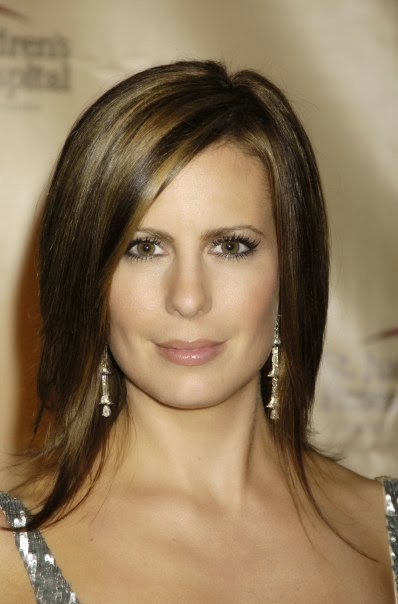 NJ's Martha Byrne, who received two Emmys for her portrayal of  Lily Walsh Snyder on the long-running soap As The World Turns, was nominated this February for an Indie Series Award in the  Best Guest Actress in a Drama category for her role in Anacostia, a popular web series about a group of family and friends entangled in all sorts of business in Washington DC.

The Indie Series Awards is going into its sixth year. Started by Roger Newcomb of WeLoveSoaps LLC, it's become THE awards show for web series. From it's humble beginnings in the Big Apple, it's now being held at the historic El Portal Theater in North Hollywood. The date is April 1, 2015. Days of Our Lives fan fave Eric Martsolf will leave Salem that day to host the show. The show promises to be bigger and better than ever.

Martha Byrne states, "There are so many talented people in front of and behind the cameras on these webseries. it's great for all of them to be recognized in this type of setting. Kudos to Roger Newcomb for putting together this event once again."

Other nominees include notable actors and actresses from the soap world and the field of entertainment such as Chrystal Chappell, Charles Shaughnessy, Colleen Zenk, Debbie Gibson, Judd Hirsch and others. A former host of the Indies Series Awards Show, Martha is the producer of  an Indie Series Award-nominated webseries called GothamtheSeries, in which she starred in. She is also working on a new series, called Weight, visit www.WeighttheSeries.com.

Martha is also on the Professional Advisory Board for St. Jude's Children's Hospital, and is the Spokesperson for Casa for Children of Bergen County, NJ. She will be appearing at CASA's Casino Night in Washington Township, NJ on April 30th, 2015. Tickets available at www.BergenCasa.org.

For more information and tickets on the Indie Series Awards visit: http://www.indieseriesawards.com/


Here are some photos from the Second Annual Indie Series Awards held in NYC: