Rockland County's Michael Park will be appearing for the second time in an NBC Live production, Peter Pan, which will air on NBC on December 4, 2014.


Mr. Park is best known for his decades long-run as Jack Snyder on the popular daytime drama As the World Turns, which garnered him two Emmys. Since then, Michael has been keeping himself busy with numerous roles including those on the great White Way in How To 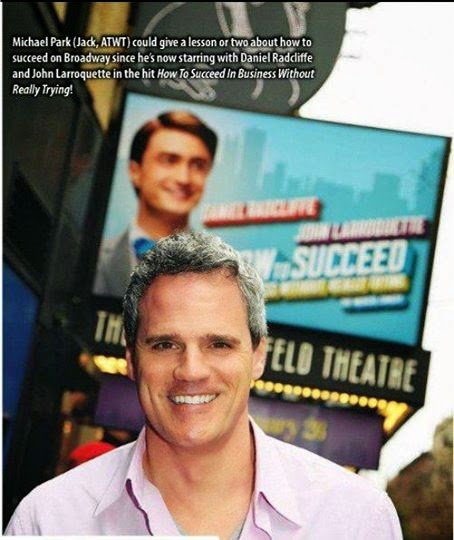 Succeed in Business Without Really Trying. He's also been on several hit TV dramas, including House of Cards, The Good Wife and Chicago PD since his exit from daytime TV. He also starred in the web drama Gotham The Series.

In his spare time in his quiet suburban town he can be found at ballfields and dance recitals watching his kids. He also teaches acting at Full Circle Talent Studios in Paramus, NJ.