By Suzanne Ordas Curry
Growing up in the 70's, I tell my kids, there really wasn't a whole lot on TV to watch. I don't think they can even fathom the fact that we had about 7 channels to watch. And we had to change those channels by hand. On the East Coast in the NY area, this was CBS, NBC, ABC, a local channel on 5, 9 and 11 and fuzzy PBS on 13 and maybe something else fuzzy if one played with the channel dial a bit. UHF, VHF? It was just fun trying to find something else. 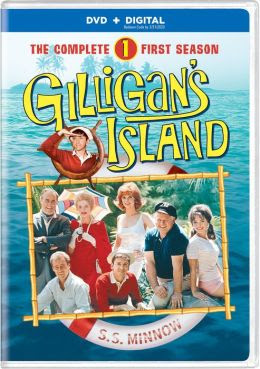 Gilligan's Island was a staple. Every girl my age wanted to be like Ginger or Maryann. And we pined for The Professor. Not so much because he was so handsome- but he was- but maybe because the only other males on that show were Gilligan, the Skipper and Mr. Howell.

The Professor died yesterday at age 89. Think of the song. So now's it just ".......and Maryann". There were two versions of the theme song and he didn't even make the cut in one of them.

He was just too darn smart. He would invent things and make contraptions out of  things that clearly could not be found on the island, but he would give some kind of explanation so we all thought it was possible. Just  he couldn't figure out how to build a boat. Better not to think while watching that show.

The Professor was played by Russell Johnson. Not many people, not even avid Gilligan fans, would probably remember his name from the show. It was Roy Hinckley. Russell Johnson had a very long career in TV and movies. Up until 1997, he had appeared in dozens of TV shows and movies. Throughout his expansive career these included Roseanne, Dallas, Knots Landing, The Jeffersons, Wonder Woman, MacGyver, My Two Dads, Alf, Fame, Bosom Buddies, Dynasty, Fame and many others.

Russell was World War II veteran, having served in the US Army Air Forces in the Phillipines -an island so very different from the fake island on a studio lot in the middle of Hollywood. He died of natural causes with his wife and daughter at his side.

The entertainment world also lost another legend, the putzy manager/agent/publiicist of The Partridge Family. First, I think the writers did a fine job with his name because something more common would not have stuck in our minds the way Reuben Kincaid does. I always thought Reuben's job was kinda cool. So he had to deal with drummers who changed bodies and a bratty red-haired tween who always schemed and a super-cool handsome, long-haired over-the-top teen idol who had a problem every day because life as a teen idol is very, very  hard, but he always managed to get that family on the infamous Mondrian-esqe bus to get to their "gigs".

The sometimes suave but always pragmatic Reuben was played by David Joseph Madden. Like the Professor, he had a very successful career on TV. In addition to being a fixture in the Partridge Family, he also played the recurring role of Earl Hicks on Alice.  He also had appearances in many well-known comedies including Sabrina, The Teenage Witch, Boy Meets World, Life with Lucy, The New Leave it to Beaver, Married with Children, The Loveboat, Starsky and Hutch, Happy Days, Bewitched, Love American Style and many others. He was also known for his role in the movie Charlotte's Web. He died at 82.

The Professor is now off the island and Mr. Kincaid got off that bus. Thanks for the memories.

As a THANK YOU to our readers, we're giving away TEN $20 Gift cards to Amazon or Target in the months the of March. Winners will be announced on November 30, 2020. All you have to do to win is enter your email in below - as winners will received E-Gift cards. There is no obligation whatsoever, your name will not be mentioned and your email will not be shown to anyone but us.
Winners will be notified by email. You can only apply once. Good Luck! In the message, please write "Giveaway" or tell us your favorite movie!