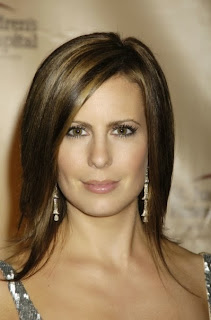 Two-Time Emmy Winning Actress Martha Byrne is busy filming the premiere season of NBC's Crisis. The political thriller will air on NBC after the Olympics. Starring Dermot Mulroney, Gillian Anderson and Rachael Taylor, this show promises to keep you on the edge of your seat.  Mulroney says that the show has "great characters, and you're never going to know what's going to happen next." Come back for
exclusive news from Martha on this much-anticipated show.