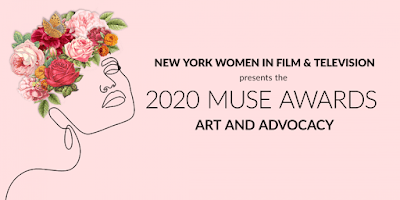 New York Women in Film and Television, the premiere group of industry professionals in the New York City area, presents its annual MUSE awards virtually this year. The much-anticipated event of the year which is usually held in midtown, will now be held virtually. And as NYWIFT acknowledges the breadth of the devastation to the economy and specifically the entertainment industry, this year the event is "pay what you can."

Viewers will be able to watch the awards ceremony online from the comfort of your own home. The year's award winners are Awkwafina, Rachel Brosnan, Rashida Jones, Jody Kantor, Meghan Twohey, Alana Mayo, Gina Prince Bythewood and Ali Stroker.

You May Like Coverage of Last Year's NYWIFT Muse Awards:

Though the excitement of this annual event is the networking and listening to the winners in person, this online event will be able to showcase the work of these accomplished women, while giving kudos to all the women in entertainment helping to make it a better  and more even space.

AwkwafinaActor, The Mayor’s Office of Media & Entertainment Made in NY Award