Review of Paper Mill Playhouse Production of UNMASKED: The Best of Andrew Lloyd Webber Will Leave You Wanting More 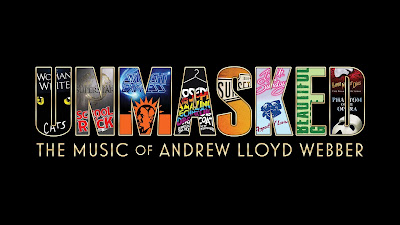 “Let’s put on a show about the wife of a South American dictator, an ex-pat hat designer living in New York, a cat, and Jesus Christ!” said no composer ever.  Except one did: Sir Andrew Lloyd Webber.  Now through March 1st, 2020 Paper Mill Playhouse in Millburn, New Jersey celebrates the genius of Sir Andrew Lloyd Webber in its latest production, Unmasked-The Music of Andrew Lloyd Webber.  This intimate theater is the perfect venue to premiere the very up close and personal look into the composer and some of his best known works.


Webber co-wrote with Richard Curtis this surprisingly unique stage-production-cum-film biopic.  An enormous fan of  ALW, I search the auditorium on press night hoping to catch a glimpse of the icon himself who was in the audience during tech week and rumored to be incognito on opening night. Half a bag of Twizzlers later the lights dim with no sighting of Webber, however. 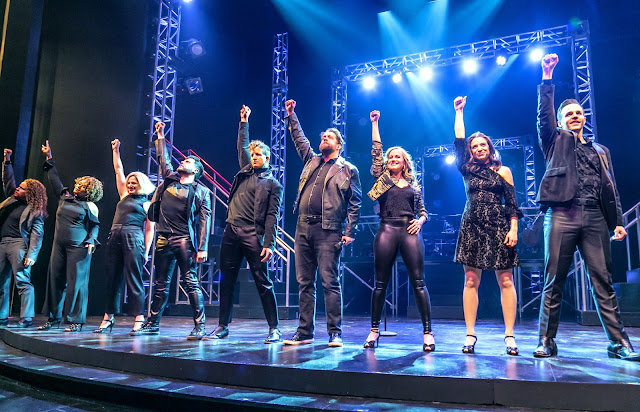 The curtain rises on the orchestra which is not in the pit but elevated on a platform on the otherwise unadorned stage.  Sir Webber himself appears on a movie screen, asking that we silence our phones and then begins to talk to us as if we each were alone, an audience of one.  He is genuine, funny, brilliant, and sometimes self-deprecating about both his astounding successes and surprising misses.

To see Beth's Paper Mill Playhouse and movie reviews, visit our site often
or Like/follow us on Facebook:

The ensemble cast brings the story to life, showcasing Webber’s best known and best loved music and shows.  Notable among the superb performances by all, Nicholas Edwards owns the stage performing “Jesus Christ, Superstar“. Alex Fine commands attention with her angelic voice and quiet reverence singing “Pie Jesus” from Webber’s classical masterpiece, Requiem.  Mauricio Martinez and Andrew Kober voices are sleek and smooth, worthy of their namesakes - Cats.   Rema Webb dazzles with the haunting “As if We Never Said Goodbye“.  Mamie Parris’ strong and commanding voice embodies the confidence and radiance of Eva Peron.  Alyssa Giannetti, accompanied by first cellist Marta Bagratuni, awes with her incredible two and a half octave operatic range, performing “Unexpected Song“. And did I mention the cellist?  Bagratuni actually dances with her cello to a standing ovation with “Variations 23“.   This alone is a “don’t miss”!

Directed and choreographed by Joann H. Hunter, Unmasked moves quickly, highlighting the best of the best.  From the “A Cappella Medley” that kicks off this high energy, fast-paced production to the finale, it left us wanting more. The set is plain and unchanging.  The costumes are not elaborate but they’re enough.  The songs stand on their own.  No doubt everyone drove home that evening singing their favorites.  (Okay, maybe that was just me.)  And it begs the question -what will Webber set to music next?

Unmasked not only entertains with spectacular music but provides a window into the mind that created it.  Sir Andrew Lloyd Webber is, in a word-  “Superstar”!