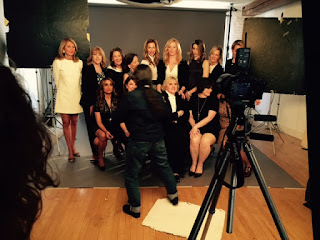 It has been very hard to have a conversation about film the past few years without having the "female" aspect of it come into play.

More reviewers are now looking into and at the female aspects of a film or any production, whether it be behind the scenes or in front of the camera. Also including in this is the subject matter and the way women are portrayed in the film or content. 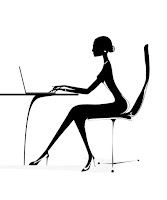 As a producer, I am always looking for projects created by women and featuring women in positive roles. I know other producers looking at potential projects in the same light and realized that right now there is no
"rating system" taking into account these types of variables.

On this website we would like to introduce a new rating system to see how the movie (or other content) scores in relationship to many variables about women. We are calling it the Woman-O-Meter.

From this point on we will use a Woman-O-Meter to rate films on several criteria. To score one point (a pump) on the Woman-O-Meter one would have to have or be:


1. One or more producer, Executive Producer, Associate or Co-producer that is female
2. A female director
3. A strong female lead
4. A strong female lead that acts as a positive role model in some way/makes good decisions
5. One or more females that are over 40 in the cast
6. One of more females in the cast that are over a size 8
7. A movie about women you would be proud to or want to bring your daughter to see
8. A movie that has at least one minority woman in it, either by race or orientation
9. A movie that has deals with a topic that is specific to women, or something that women have to deal with often
10. A movie about a female that faces some kind of discrimination or problem in life and clearly seeks to triumph over it or successfully triumphs over it

Each criteria met gets one point, or one 'pump. We don't think that many films will get 10 pumps but it is something to strive for.

As editor of this site and as a producer myself I think it's important to project strong, valid, real images of women on the big and small screens. I think it's also important to increase the number of women's roles on camera  and also to increase the number of women in the creative and technical roles that go in to the creation, development and production of movies and other programming behind the cameras.

So, when you see "pumps' at the end of the article, please realize they are based on the above criteria.

I am "pumped" up about this system, and hope that you will also recognize the value of it.
- Suzanne Ordas Curry, Editor