Manzo'd With Children/RHONJ's Chris Manzo Delights the Kids with His New Book Oliver Brightside: It's a Great Book for Kids 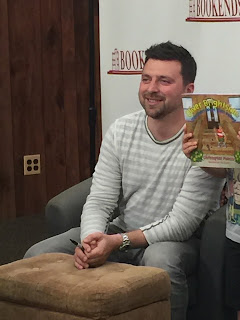 I just can't stop raving about the independent bookstore in downtown Ridgewood, New Jersey called  Bookends. They get such fabulous authors and personalities there.

This time they had Chris Manzo from Manzo'd with Children and RHONJ. He was there signing copies of his new illustrated children's book entitled Oliver Brightside.

All patrons entering the store were asked to sign a waiver as BRAVO was there filming for the show that afternoon. All patrons were photographed as well after signing.

I got there late, so Chris was halfway through reading his book to the crowd of about 60 moms, dads, and of course children. Seated within arm's length of him was proud mom Caroline, big brother Albie, sister Lauren and  Ashlee Laurita were sitting in the audience as well. There were also other friends and family in the first and second rows.

Chris did a great job of reading the book to the kids. He had a lot of patience with the children.

The book is about a boy who finds a penny. He thinks it will be able to "get" him lots of stuff. Reality hits, and there is not much that can be purchased for a penny. But he is eternally optimistic that that penny is going to do him something good. Can you guess what happens?


I did like this book because it is about being positive (hence the name). It is also about not giving up and letting life take you in a direction where you never know what will happen. It is also about friendship. It is a good lesson for any child. And it is wonderfully illustrated. It will appeal to boys as the main character is a boy but also to little girls. 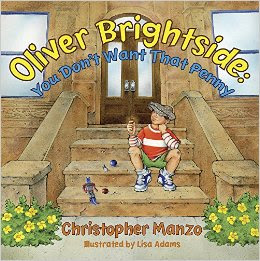 We got to meet Oliver. Well, at least someone who looks a lot like Oliver, but his real name was Joey. "Joey is, well, a family friend, like a cousin, sort of to me," Chris said. He talked about making the book. He said, "When the illustrations came in, they gave me like five options for kids, and we chose one, and they moved forward.. and each option, in one way or another, looked like him." He added that everyone was saying "He looks like Joey, he looks like Joey, so we forced him to do this today!"

Chris answered some questions from the audience. One of the audience members mentioned how they had seem him in a school. He said, "That's actually, what I really love doing, is during the week, going to the schools. They're (the children) are brutally honest, first of all,  and they're funny, really really funny."

Chris talked about being at this bookstore today. He said, "This is one store that I really wanted to do, because it's my hometown bookstore... how many times did I go here for someone I wanted to meet, or Lauren, so do to this here, honestly, I thought it was going to be just family. And there's people here, I didn't think anyone was going to show up, so it's a really great feeling."


If you know a young child, this book is a good read for them. It's about looking on the, well, the bright side, and who doesn't need to do more of that ? Also, it s a book. A real, physical book. Buy one now before they stop printing them.

You can also get signed copies at the bookstore and they will ship. For info:www.book-ends.com.
Or visit http://www.oliverbrightside.com/

Note: This booksigning was shown in Episode 9 of Bravo's Manzo'd With Children. 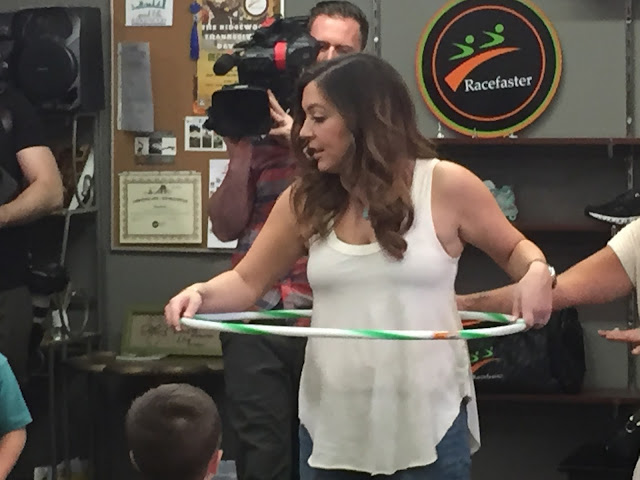 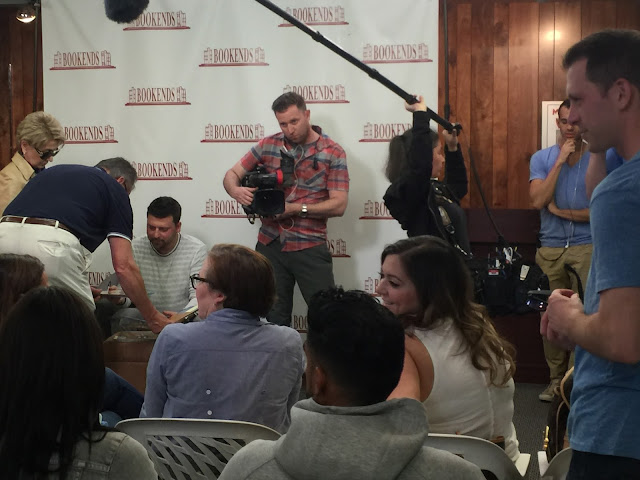 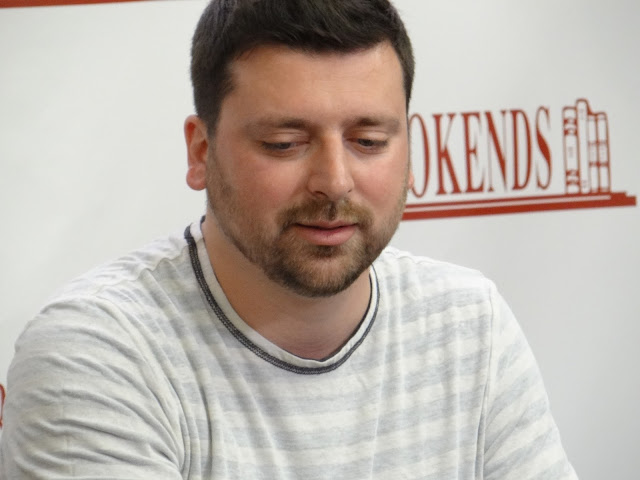 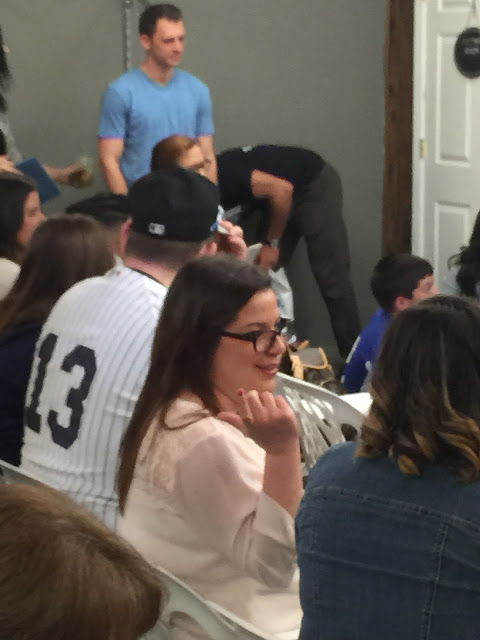 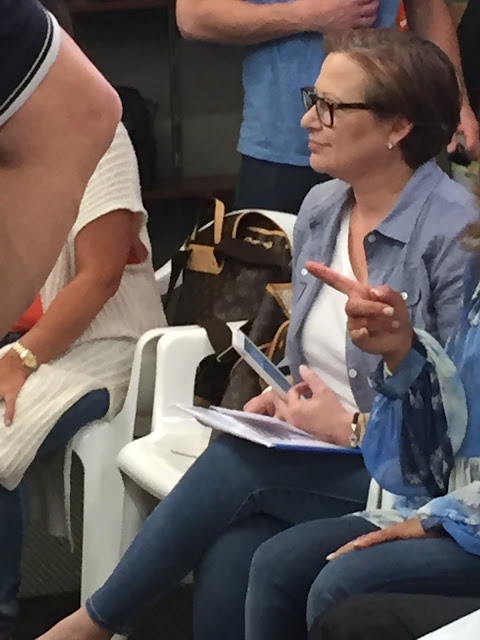 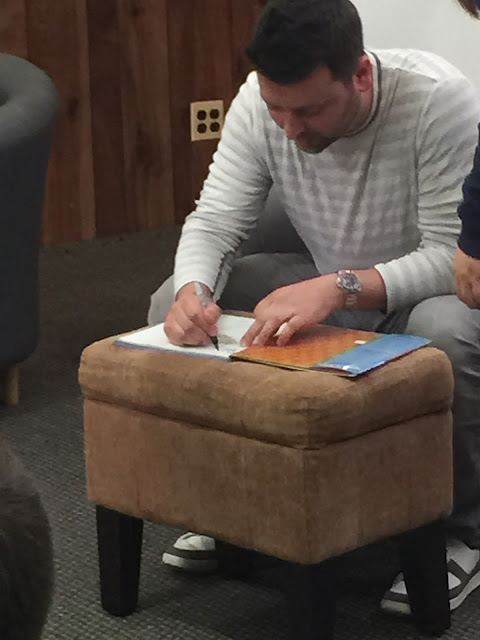 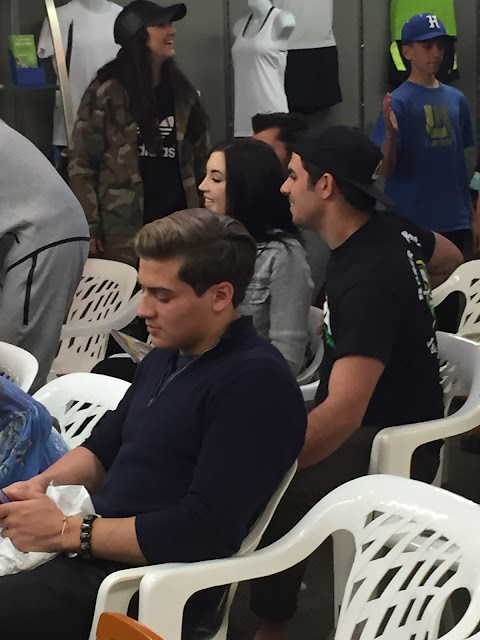 Just a Whole Lot of Fun

As a THANK YOU to our readers, we're giving away TEN $20 Gift cards to Amazon or Target in the months the of March. Winners will be announced on November 30, 2020. All you have to do to win is enter your email in below - as winners will received E-Gift cards. There is no obligation whatsoever, your name will not be mentioned and your email will not be shown to anyone but us.
Winners will be notified by email. You can only apply once. Good Luck! In the message, please write "Giveaway" or tell us your favorite movie!