What is www.MiPromise.com by Lauralee Bell?

Lauralee Bell, award-winning actress, writer and producer, best known for her role as Christina Blair on The Young and The Restless has turned a tragic event in her life and a realization of  21st century life into a message for hope and change. 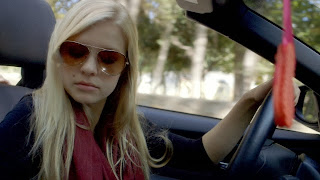 The site, www.MiPromise.com, contains a series of 6 videos that depict a fatal event in the life of a teenage girl full of hopes and promises.

Laurlee Bell plays the mother. Cassidy Ann Shaffer (Kimmy from Disney’s Austin and Ally) plays the daughter Riley, who makes the fatal mistake of responding to a text from the boy of her dreams the first day she gets her license.

The purpose of the videos are to tell the story of what can happen when someone - anyone- not just a teenager, takes their eyes off the road and onto a device, even for a mere 5 seconds, which statistics show is the minimum amount of time needed to read a phone. The videos are well-done, captivating and dramatic. They are not public service announcements but well-done storytelling in the hopes that teenagers will find them entertaining.

There are also “MiPromise” e-pledges that one can send to another to commit to not driving and texting.

Here are some startling facts about texting and driving:

- 5 Seconds is the minimum amount of time attention is taken away from driving when you text and drive. At 55 miles per hours, that is the same as driving the length of a football field without looking at the road.

- 77% of teens believe they can safely text and drive at the same time.