RHONJ Teresa Giudice's First Event in NJ: Bookends Hosts Book Signing for Turning the Tables: From Housewife to Inmate and Back Again 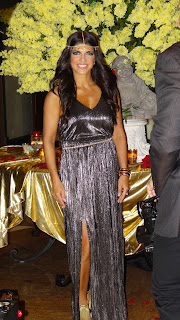 Hard to believe that almost a year has passed, and for us it went quickly but not so much for RHONJ Teresa Giudice. Making lemonade out of lemons as did Martha Stewart, Teresa makes her first appearance in her home state of NJ to sign copies of her new book, "Turning the Table, From Housewife To Inmate and Back Again." She will be at Bookends in Ridgewood, February 10th at 7pm.

This NJ Italian has already started her book tour with numerous appearances on television about her experience. Poised as always, I would say she handled the whole thing with grace and honesty. I have met her before as we have a mutual friend and barring discussion on what she was in for, this is one tough lady who did not let the experience get her down and has probably grown a whole lot from it.

In interviews she has said that the 'hardest part was being away from my family."  She talks about her time incarcerated and called it "hell". "There was mold in the bathroom and the showers were freezing," she added.

"I'm so happy to be home," she said. "I am enjoying every moment, living in the moment".

Fans of Teresa's can enjoy a moment with her at Bookends on Ridgewood Avenue in Ridgewood, NJ. As per the signings at this store, she will probably talk for a little while about her book. Photos are allowed and they will even take a photo of you with her if desired.  If you can't make it the store usually has signed books available after all of their events. Visit: http://www.book-ends.com/

For an interview with Teresa and her Jersey roots visit:
http://www.suzeebehindthescenes.com/2013/06/jerseygirl-teresa-guidice-talks-jersey.html

Teresa Guidice
Wednesday, February 10th @ 7:00pm
Star of the the Real Housewives of New Jersey
will sign her new book:
Turning the Tables

Each Person attending must one or more books.

Each Person attending must have one or more books

Each Person attending must have one or more books.

Each Person attending must have one or more books

Each Person attending must have at least one or more books

Each Person attending must have at least one or more books

Buzz Aldrin
Monday, May 9th @7:00pm
Astronaut and Second Man to Walk on the Moon, Buzz Aldrin, will sign his new book:
No Dream Is Too High


Each person attending must have one or more books.

CLICK HERE to PRE-ORDER your books for pick-up the day of the signing.  Or to order a signed copy.  It is that easy!

Plus more to come..... please stayed tuned!
Email ThisBlogThis!Share to TwitterShare to FacebookShare to Pinterest